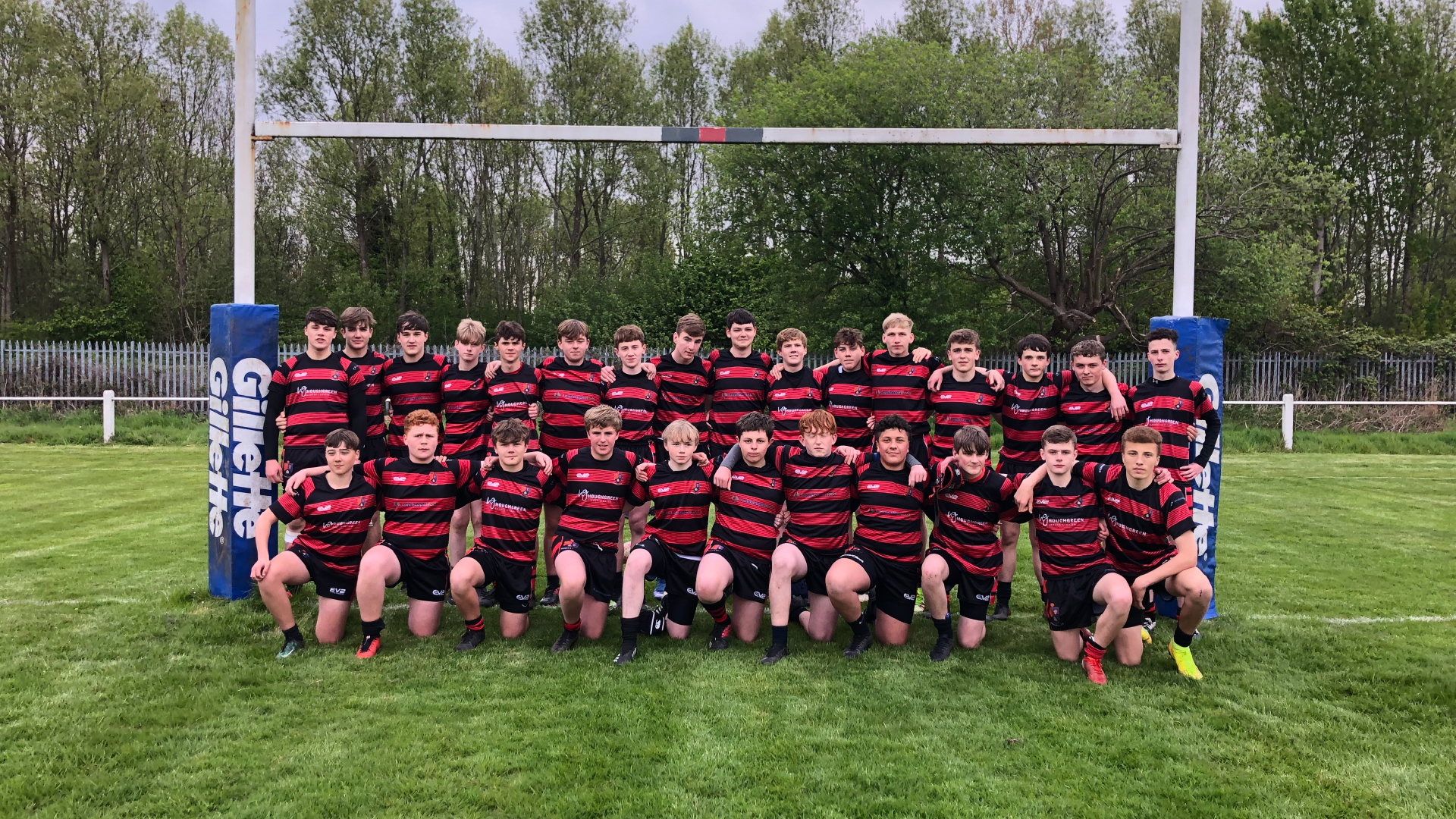 Widnes RUFC U15s 2021 – 22 season started way back in August, playing what was then an amended game under the RFU Return to play protocols which saw no scrums and no mauls, this suited the Widnes team and the season kicked off with a comprehensive win against New Brighton and then Wrexham however long term rivals Wigan came to Heath road and the Widnes boys were on the defensive from the off and although managing to score a few, never cut the early lead set by Wigan who proved why they are such a formidable team.

Leading up to the Lancashire cup competition which started in November there was one loss and spirits were high as the team welcomed Leigh to Heath road in the first game of Lancashire group B but it wasn’t too be, a lack of composure in the dying minutes saw Leigh take the spoils at 19-20.

More wins followed up to the Christmas break, including Lancashire cup games against Fylde with a 5 – 35 win, then Vale of lune which ended 0 – 24, putting us top of Lancashire group B and promotion to group A for January 2022, which also saw the return to normal rugby, bringing back scrums and mauls.

The Widnes play an attractive brand of rugby which most teams couldn’t counter but the team must have had a heavy Christmas break as our return saw losses of 22-24 to Sandbach and Heaton moor before we travelled to big club Preston Grasshoppers, leaving after a very good game but as a 20-5 loss.

A period of poor weather and cancelled games saw us have an enforced break and return on a very wet Sunday in February, to old friends Wrexham which started a run of three unbeaten games, one of which was a Lancashire Group A game, beating Rochdale 36 – 0 but the next Lancs game against local club Liverpool Collegiate, a 21 -17 loss which was hard to take for all involved but a great learning experience nonetheless and one to put right the next week as we welcomed the old foe, Wigan down for a Friday night Lancashire group A game and ended a tense 22-19 win and one of the best games of junior rugby of the season and which all players and coaches, from both teams can be proud to be involved with.

As we headed to the twilight of the season, we finished on winning ways but ended the season without the Lancashire cup games as the organisers changed the format which saw many teams pull out of the comp, this was disappointing to all of us, especially the players who had worked hard throughout the season, moving from Group B to Group A and finishing second place, ready to face Preston Grasshoppers for the title of Lancashire cup winners!

So in total, the team played 26 games played, 7 losses with only one loss being more than 4 points.

Beyond the results, all but a small handful of players who started the season ended it, 27 local boys playing rugby together as friends and teammates have seen us share great experiences and moments and we look forward to next season, where we hope to have the continued support of our sponsors, Altrad Group being one and whos core values of #Respect #Solidarity #Courage #Humility #Convivialty are closely aligned with the team and its members.