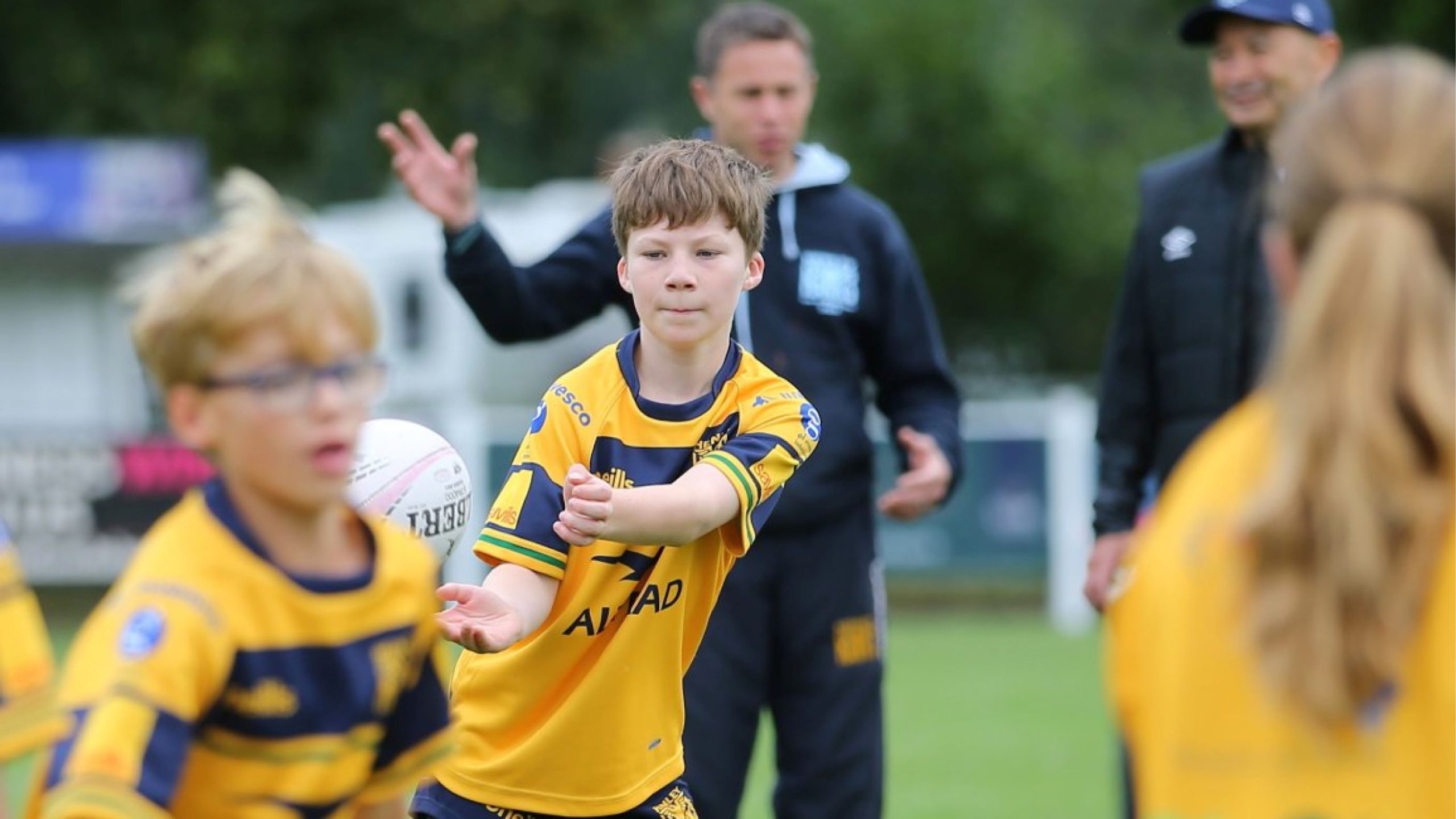 The players of Henley RFC’s Kids First & Juniors section were treated to a coaching session with England Head Coach Eddie Jones when he visited Dry Leas.

Over a two-hour session with teams from the U9 to U15 age groups, Eddie watched the players practice, delivered coaching tips for each age group and answered questions from players and coaches.

The rare opportunity to interact with England’s Head Coach was organised via club sponsor Altrad Generation.  Delayed by Covid the session was greeted with much anticipation and excitement by players, parents and coaches alike.

The coaches from each age group set up a series of short training sessions on the main pitch at the club and explained to Eddie the skills they were working on and which areas of the game they wanted to focus on with their players. Eddie was then able to observe and interject with invaluable coaching tips to help develop those skills. After helping each age group with their training Eddie then opened the session up to questions, with players asking him about, among other things, rugby skills, what it is like coaching the England team and his own playing career. They also had the opportunity for team and individual photos, as well as having their club shirts signed.

U13s Head Coach Max Tilney, who oversaw the sessions said “It was fantastic to be able to welcome Eddie to Henley RFC and he was extremely generous with is time. The players and coaches gained a lot of great insight, even in a relatively short period of time. Eddie was really interested in getting a detailed insight into the club, and we talked about some of our core focusses and initiatives, including out PROP scheme through which we provide rugby coaching for local state schools and our new partnership with mental health charity, Brave Mind, which has seen coaches throughout the club trained as Mental Health First Aiders.

The players got a rare opportunity to ask the England Head Coach any questions they liked, and they quizzed him on individual players and who the up-and-coming England players of the future are. He also gave an insight into how it felt to lose to South Africa in the last World Cup Final and how they would approach that next encounter this Autumn. Eddie’s informal and open approach made for a really enjoyable rugby experience.”

Altrad Generation supported Henley RFC run a thriving ‘Kids First and Juniors’ section for players from the age of 6 upwards. Even during a season that was heavily interrupted due to Covid restrictions last year the club saw the junior section swell to 515 player members, its highest ever number.

Speaking after the session Eddie said, “I really enjoyed my visit to Henley, it’s a really well-run club with good facilities and lots of enthusiastic young people who love playing rugby. I’d like to thank them for making me so welcome and I wish them all the best in the coming months.”