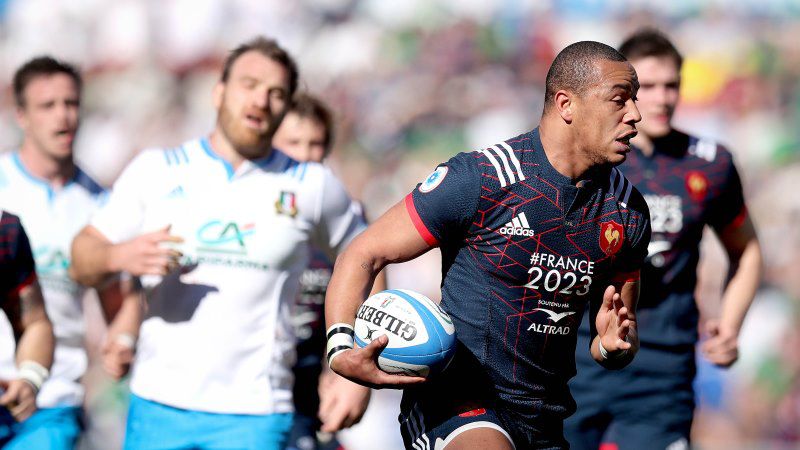 Generation’s parent, the Altrad Group, will make history as the first company to sponsor the French rugby team jersey.  The sponsorship starts this weekend, when France play Italy in the Six Nations.

In February 2016, the French Rugby Federation’s (FFR) unveiled its bid to host the Rugby World Cup. The Altrad logo’s position, beneath the #France2023 decal, symbolises support for the bid.  The eight match sponsorship, which runs until the 15 of November 2017, is also timed to coincide with World Rugby’s declaration of the winning host nation for the 2023 tournament.

Founded in Montpelier in 1985 the Altrad Group of Companies is now one of the  largest global manufacturers and suppliers of construction equipment for hire and sale.  In 2012 it acquired Generation for its skills in the specification and supply of scaffolding in the UK and abroad.   The Altrad Group’s presence in more than 120 countries will support and add value to this bid, rugby and France throughout the world.

The success and growth of the Altrad Group has been built on many of the values embodied by rugby: teamwork, integrity, passion, commitment and the will to succeed whilst respecting others.   The FFR partnership enables Group Altrad’s to  defend and develop these values through its continued commitment to sport and rugby.

In 2011, the founder and chairman of the Altrad Group, Mohed Altrad, was elected as president of Montpelier Hérault Rugby (MHR).  In that time MHR has grown to establish itself as a Top14 French club, winning the European Challenge Shield in 2016.

FFR president Bernard Laporte said about the Group Altrad partnership: “This support illustrates perfectly the strong mobilisation of the economic world behind #France2023. Indeed, the French bid can already claim to have the support of leading companies in their category and whose expertise will be a real asset and a valuable help in the construction of our application.”

Dr Mohed Altrad added: “Through this process, we want to show our deep attachment to the national interest. In addition, the presence of the Group in a large number of countries will make it possible to exhibit this application worldwide.”